If last year the experience almost destroyed me, this year was a breeze in comparison. I started training with Andy,  my brother in law and running companion (we did the whole race together) 9 months before it, and in the last 6 months I managed to lost 10kg by going on a reduced carb/sugar diet (with a lot of proteines instead).

Also the fact that the race this year was in the opposite direction (from a grim Pietermaritzburg all the way down to the ocean, arriving in Durban), with a long course mostly (mostly) downhill helped a lot in running in such a good time.

The whole experience was a success. With Lindsey heavily pregnant, I drove to Pietermaritzburg on a Saturday morning with Andy, and spent the day before simply focusing on the race. Sure, the accomodation in both cases (before and after the race) was a problem, but we managed to find new and better places to stay.

On a Sunday morning we woke up quite early at 4.00 and ended up in our starting group ("D", quite a good one compared to last year) and started our race, in darkness, at 5.30 in the morning, surrounded by almost 20.000 crazy runners.

Instead of pushing and surviving later, we decided to keep a very slow rhythm from the start, was above the 6 minutes per kilometers. Evenutally we stabilized around that pace, and we kept it pretty much until the end. Sure, we stopped and walked when needed (but not when forced), and we slowed down during  the fantastic food stops, where water, juice, fruit and boiled potato in salt (so needed in an ultra!) were offered to us.

Just look at the pictures (you will find the whole album here:  https://www.flickr.com/photos/olafmeister/albums/72157668731251710) and you will see both of us smiling all the time, since after reaching midway we knew we were in for a good time.

Yes, we had some pain (but no cramps luckily) and we got eventually tired, but we managed to survive and finishing in a time that was almost 90 minutes faster than last year! (and we got a bronze medal , for finishers below 11 hours, and a back to back medal, for finishers of two consecutive races) 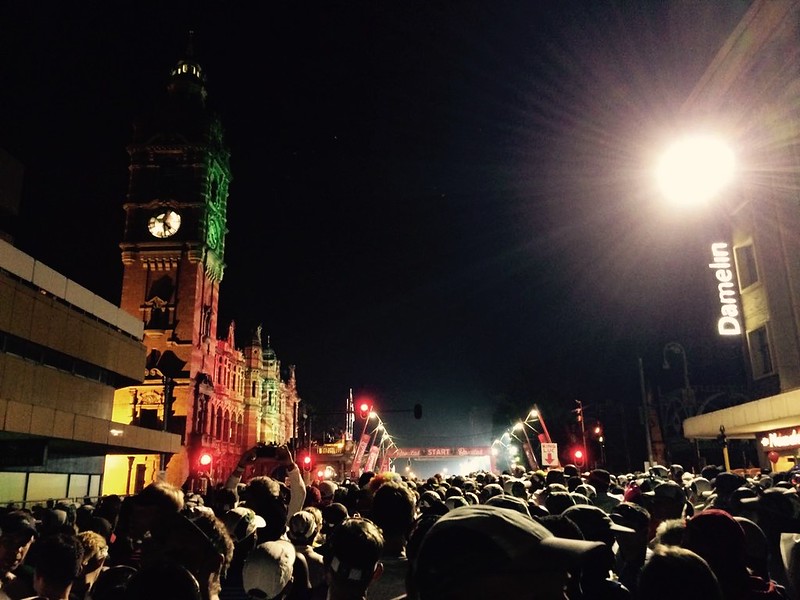 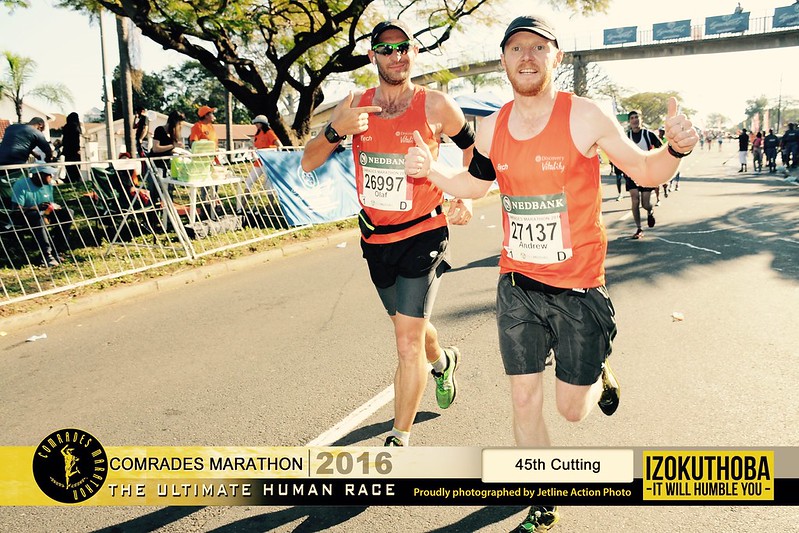 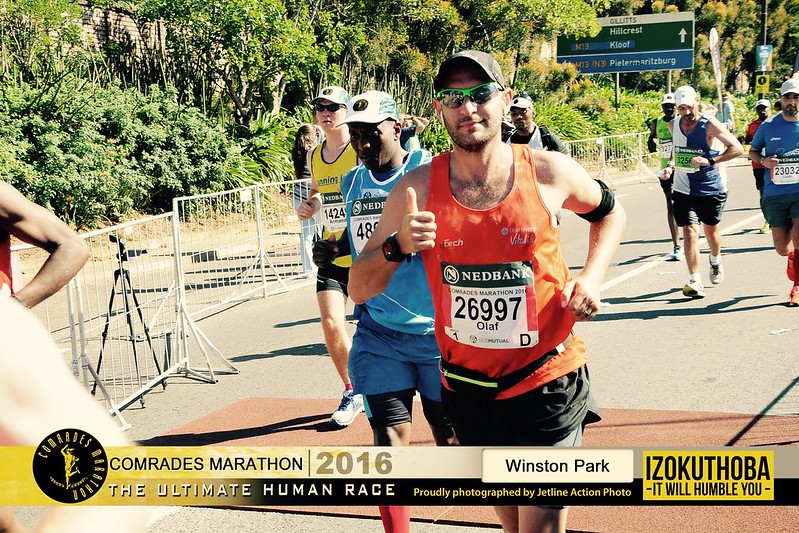 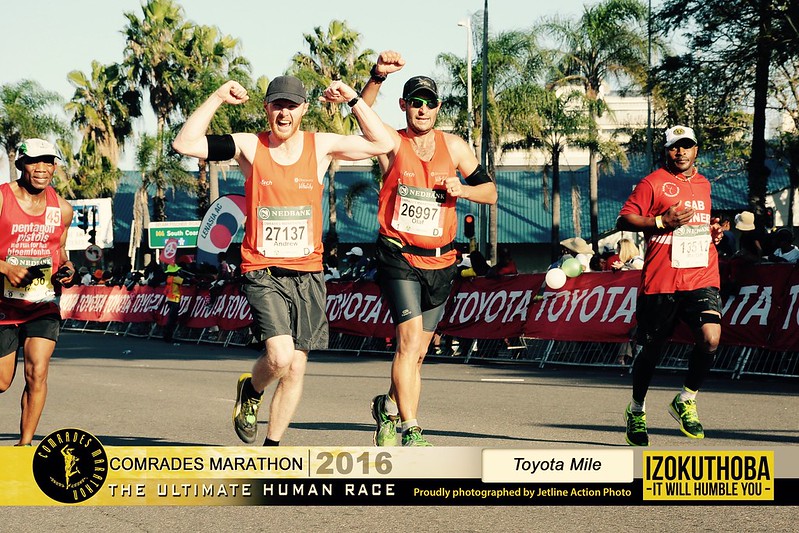 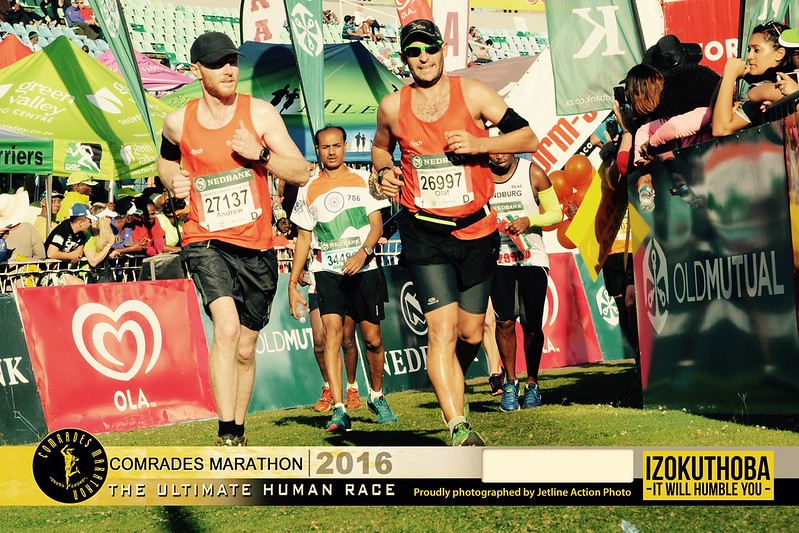 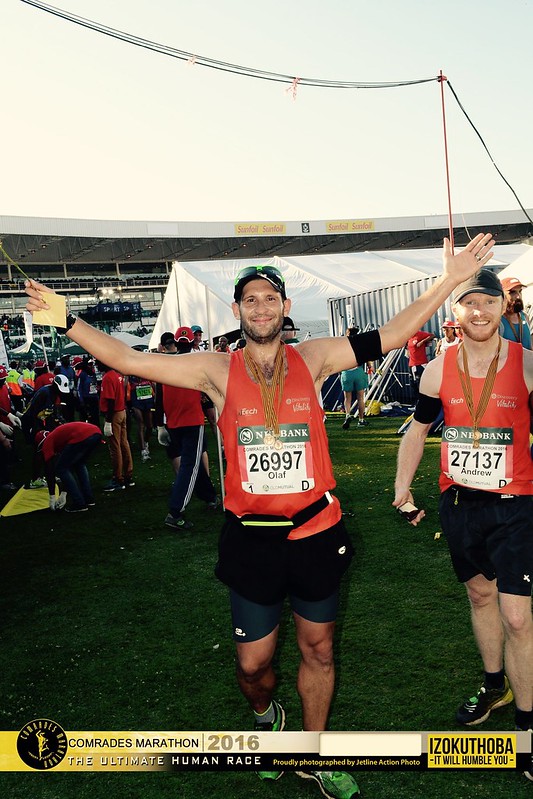 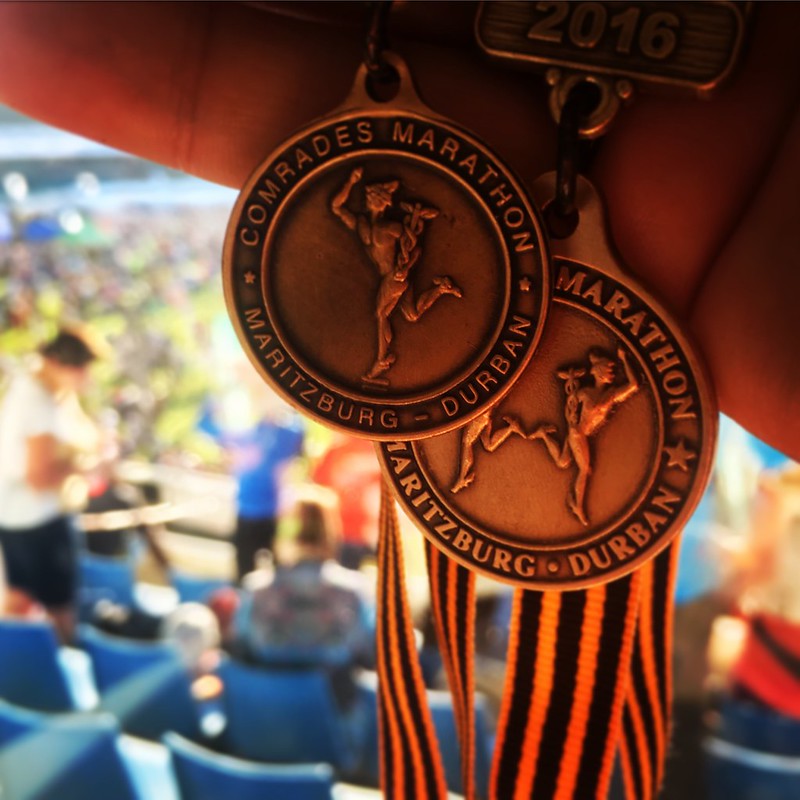 Back to back medals