I didn't know what to expect. I wasn't even supposed to be at the start, since I was convinced only 12 hours earlier that the race was on Sunday. Only when Lindsey saw the emails I've received with the race instructions she noticed a big "Saturday" on the banner that I totally ignored.

So, without my usual running buddy (Andy), who forgot to enter the race, here I was, leaving home at 3.30 in the morning to try to arrive there early enough to relax after a long drive. My plan failed spectacularly when the parking organization revelead itself to be a disaster. I was stuck on a long, long queue of cars that were channeled through the suburbs looking for a place to park since the previous parking slots (a big field) was unavailable. Even with a closed number of participants the organization failed miserably to allocate enough parking spots, and I ended up parking (and paying 20 rand), inside one of those weird resorts village on the dam.

The race started on time, even if most of the runners were still stuck in the same quest for a parking spot. I managed somehow to part as close as possible to the start and I joined them almost 6 minutes after the official start. Running by a timing mat I thought that my official time would take the mat into consideration, but I was wrong...

Anyway, so far in 2017 I had terrrible races. I got injured in two (Varsity Kudos and Xterra), and collapsed and finished with my worst marathon performance ever at the Cape Gate Vaal Marathon, so I had very little expections, especially since I didn't train particularly hard before it.

And yet, after a slow, slow start, I managed to quickly find a rhythm and started to fully enjoy my race. With the right music blasting in my headphones, I enjoyed the beautiful surrounding while trying to avoid to check too often my watch. I took the decision to stop at every water station and walk 50 meters while drinking and eating. I had some issues, hitting the road reflectors twice and falling (and recovering like a ninja) and getting some support phone calls from my other brother in law stuck in windows hell.

Checking my timing I noticed how the section between the 24th and 42nd km were the best. Only after Sarkie's neck (a long hill 15km away from ending) and in the last suburb section (10km with many short hills) I slowed down a little, but I finished with my best time on the distance, even if the official time was 6 minutes slower...

Overall a great and unexpected performance (maybe due to the new shoes? Who knows... after 3 years I abandoned Asics to go for Adidas) and a good sign for the upcoming Comrades (less than 3 months to go!) 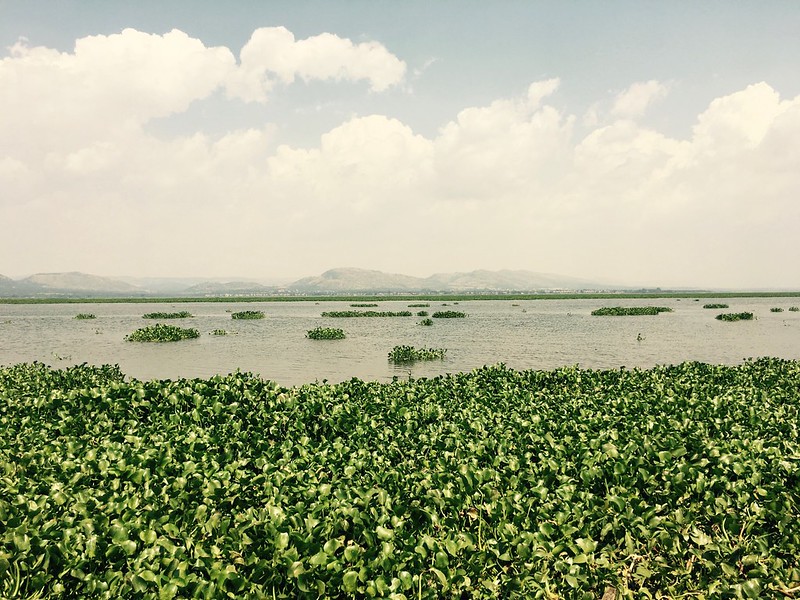 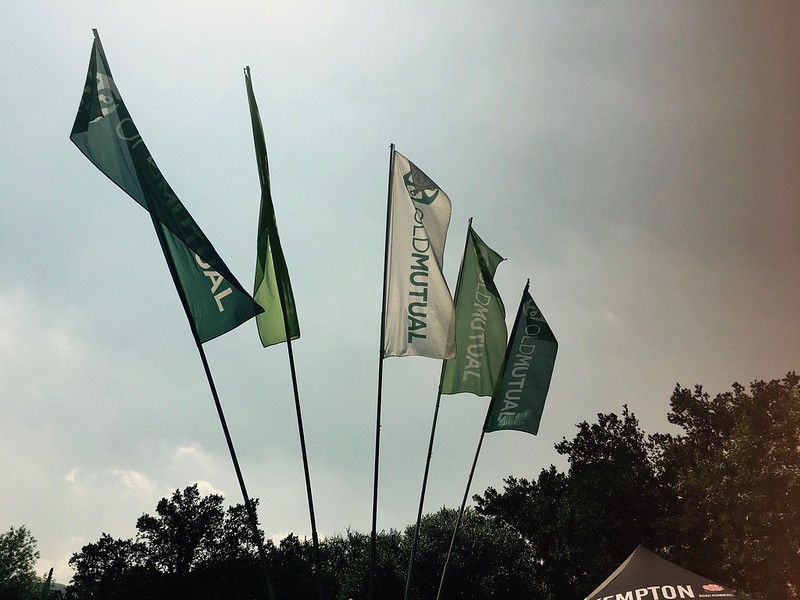 Flags at the start 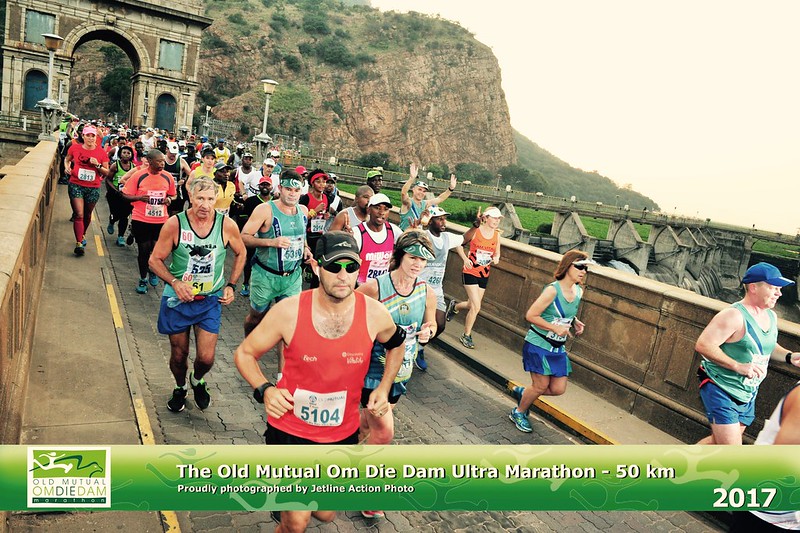 On the dam bridge 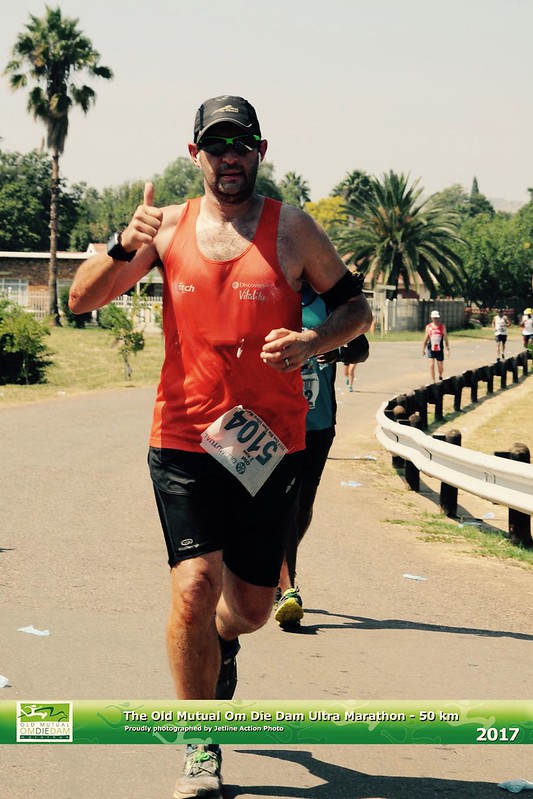 During the suburbs phase 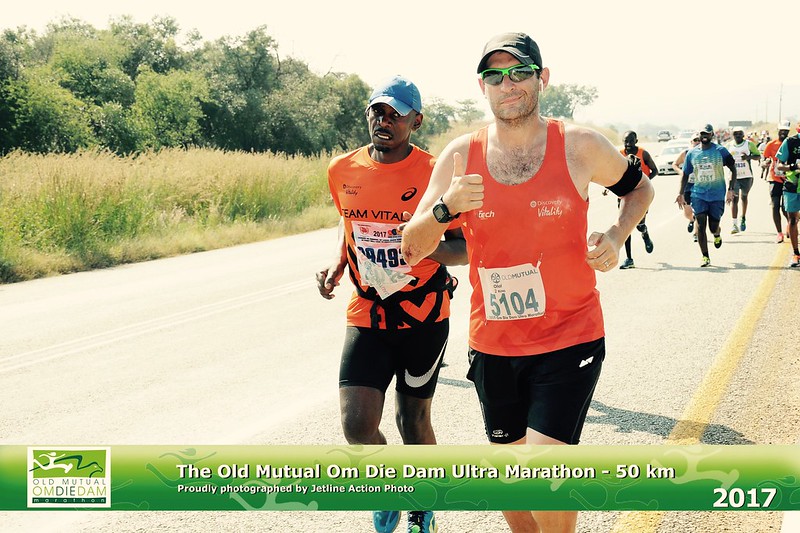 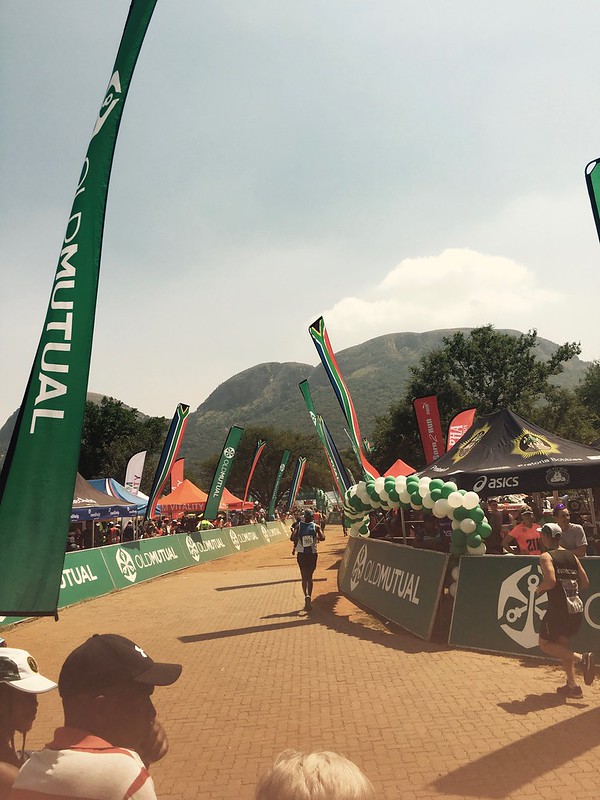 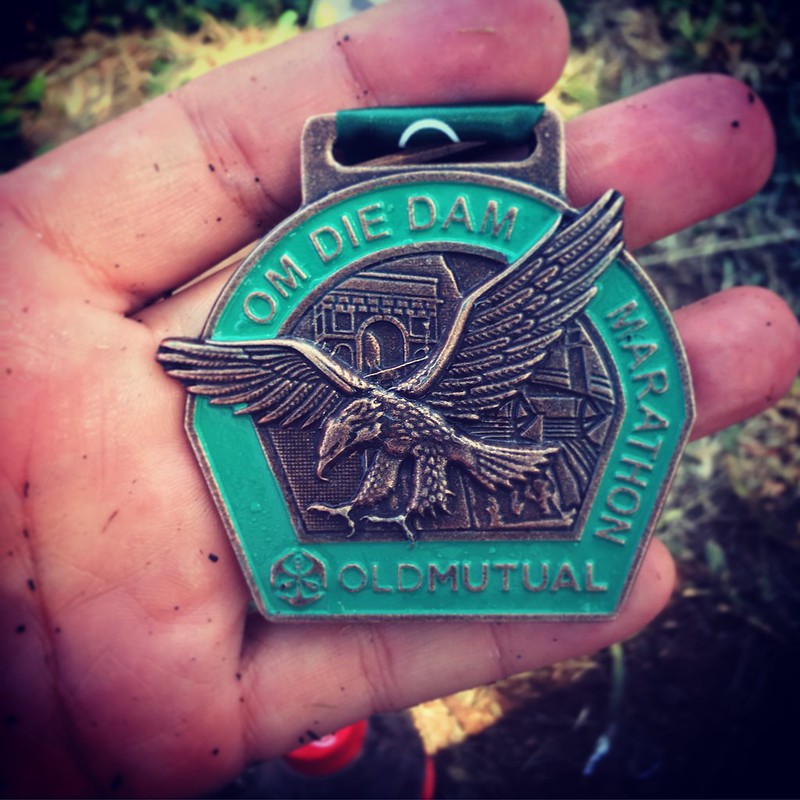 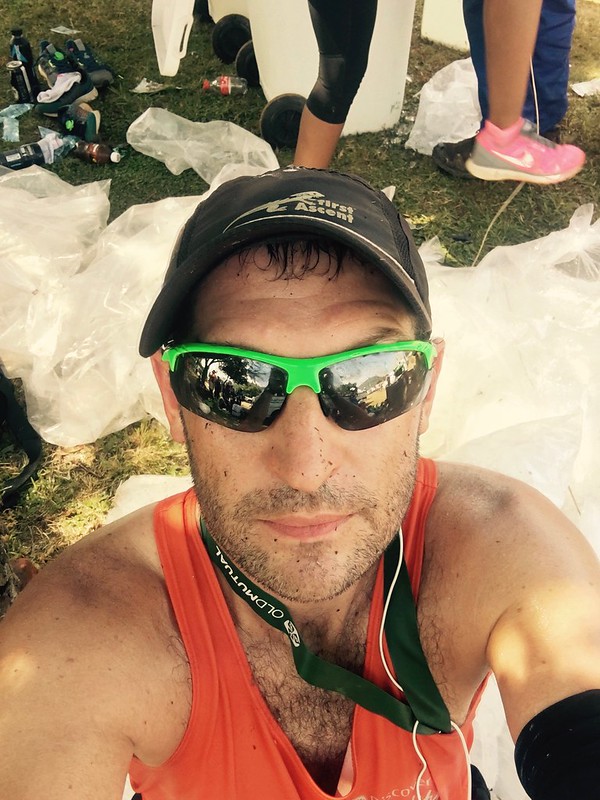 Some ice for my ass Back to sports